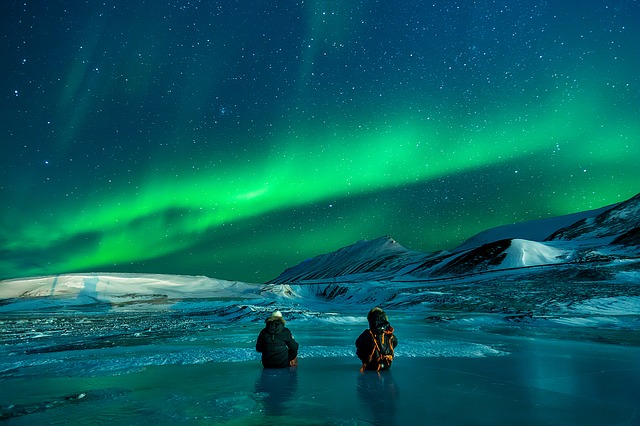 Sometimes called polar or northern light, Auroras are formed when solar storm coming from the sun reaches the earth's atmostphere through the magnetic fields lines at the north and south poles.

When the particles from the sun interacts with the gases in our atmosphere, it results in stunningly beautiful displays of light in the sky around the Arctic and Antarctic regions.

Below are some of the facts about the Aurora Borealis: