Home / Wonders of the world / Leaning tower of pisa 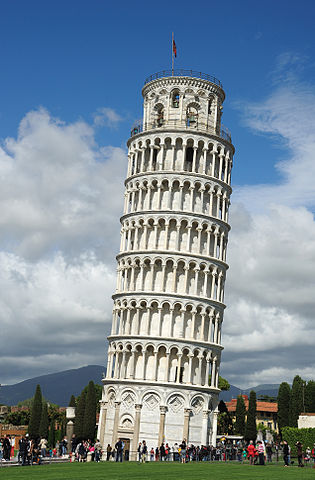 The Leaning Tower of Pisa is freestanding bell tower of the cathedral of Pisa, Italy. This campanile is world-renowned for its unintended tilt. The tower, which is third oldest structure in the city's Cathedral Square, is located behind the Pisa Cathedral - a medieval Roman Catholic cathedral.

Below are some of the facts about the Leaning Tower of Pisa: